The wisdom of crowds – how to get noticed at trade shows 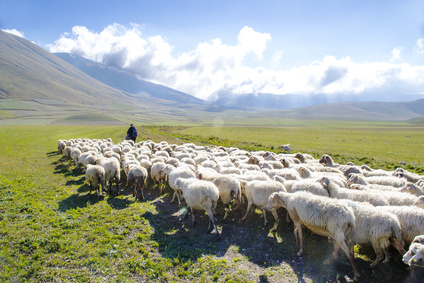 Have you ever wondered exactly what psychology is needed to get noticed at trade shows? What is it about a great trade show promo that brings crowds of people to meet you on your stand?

You can find some important clues in Robert Cialdini’s book “Influence: the Psychology of Persuasion” – one of those rare business books that is actually based on research, rather than the opinions of the author. Cialdini sets out 6 principles of influence that provide practical guidance for marketing and sales professionals looking for something beyond the latest fad. One of these principles, which he calls “social proof”, is the underlying factor why a good crowd-puller is so effective at exhibitions and conferences.

Using social proof to get noticed at trade shows

One of the ways, he says, we make quick decisions about what to respond to and what to ignore is by looking to see what everyone else is doing. In public spaces we don’t want to be seen to over-react or under-react to any situation and, experience tells us, the best way to assess this is by looking, surreptitiously of course, at other people to see what decision they have reached.  “The evidence [social proof] offers about how we should act is usually valid and valuable”, says Cialdini. “With it we can cruise confidently through a myriad of decisions without personally having to investigate the detailed pros and cons of each.”

“…when we are unsure of ourselves, when the situation is unclear or ambiguous, when uncertainty reigns, we are most likely to look to and accept the actions of others as correct.” Robert Cialdini

So if you have a promo on your stand that causes one or two people to stop and stare, well, pretty soon you will have a crowd of people staring. You still have to choose your promo with care, of course. Cialdini knows that people aren’t stupid and will quickly see through a promo that lacks any real conviction, purpose or relevance. Think carefully if the promo you have chosen is really different enough to get those first few people to stop. While they stay long enough to feel comfortable on your stand? Is it stimulating enough to encourage them to actually start a conversation with you? What does it say about your product, service or brand?

Cialdini’s examples come from outside the exhibition hall, but the principle holds good.  He reports a conversation with a traffic officer in the USA who had noted that there were regular traffic accidents when two drivers simultaneously decided to switch lanes in slow, but flowing traffic. If the two cars immediately behind them then concluded that there must be a blockage ahead, then pretty soon an entire lane of cars would be trying to veer into the next lane and collisions would be much more likely – regardless of whether there was a blockage or if the original switchers just needed to exit at the next junction.

The phenomenon of social proof has been picked up and validated by psychologists seeking ways to help people with certain behavioural issues. For example, Albert Bandura has shown how people suffering from phobias can be helped by watching film clips of people with normal, non-phobic responses. And Robert O’Connor was able to help socially withdrawn pre-school children by showing them a specially-made 23 minute film. When he returned to the school six weeks after showing the film to the group of socially isolated pupils, “[w]hile the withdrawn children who had not seen O’Connor’s film remained as isolated as ever, those who had viewed  it were now leading their schools in amounts of social activity…Such is the potency of the principle of social proof.”